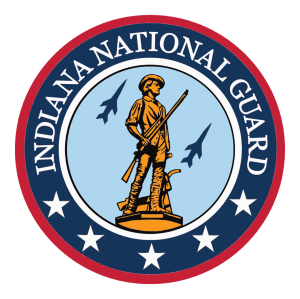 He was born June 13, 1932 at Noblesville, IN to Howard and Edna Kay (Kemp) Hayes.  He grew up in Noblesville and attended Noblesville Schools.

Robert worked for over 30 years as a press operator at Delco Remy at Anderson, IN.  He also served his country for several years in the Indiana National Guard.  Always busy and always a hard worker, upon retirement he became self-employed doing carpentry work that included all types building skills.  He was friendly and outgoing and that was a good fit for his "retirement work".   He loved to help others and was good at fixing things that included mowers and cars.  People who dealt with him found him to be a man of his word.

He also had a small farm where he had livestock and a large garden.  Both supplied food for his growing family.  He loved his family, especially the grandchildren and great-grandchildren. When he found leisure time he enjoyed watching western movies, especially those starring John Wayne.

He was married to Mary Lou (Cloud) Hayes who preceded him in death.  In addition to his wife and parents, he was also preceded in death by a son: Michael Hayes, a daughter: Cynthia Hayes, twin infant sons: Ronald and Donald Hayes, 2 grandchildren and 1 great-grandchild.

Funeral services will be held Monday, July 19, 2021 at 1:00 P.M. at Hartley Funeral Home Cicero Chapel, 209 West Jackson Street, Cicero, IN 46034 with burial to follow at Riverside Cemetery at Noblesville, IN.  Visitation will be from 11:00 A.M. until time of the services.  Memorial contributions may be made to the American Cancer Society, 5635 West 96th Street, Indianapolis, IN 46278.  You may send condolences at http://www.hartleyfuneralhomes.com.

To send flowers to the family or plant a tree in memory of Robert Eugene Hayes, please visit our floral store.